Money is essential, but money won’t keep disgruntled employees from leaving. They want to be recognized for their hard work, and the high esteem from their leadership and peers is an underestimated approach to keeping them happy and getting the most out of your workforce. 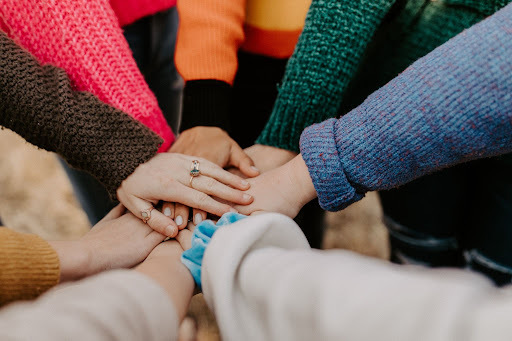 TL;DR: Money is essential, but money won’t keep disgruntled employees from leaving. They want to be recognized for their hard work, and the high esteem from their leadership and peers is an underestimated approach to keeping them happy and getting the most out of your workforce

You may think that money is the most direct way to motivate people to do things. After all, a bonus is a set amount of money given to an individual, which immediately makes them feel good and allows them to buy things.

That said, as more and more studies show, money isn’t necessarily as effective a motivator as one would think. In fact, recognition has been proven to not only be validating, but addictive. The two are similar in that they both serve as a reward of status and work, but while monetary bonuses are typically provided on a periodic basis, recognition can be provided as a constant stream of validation.

How to effectively use employee rewards programs to optimize your team’s success. 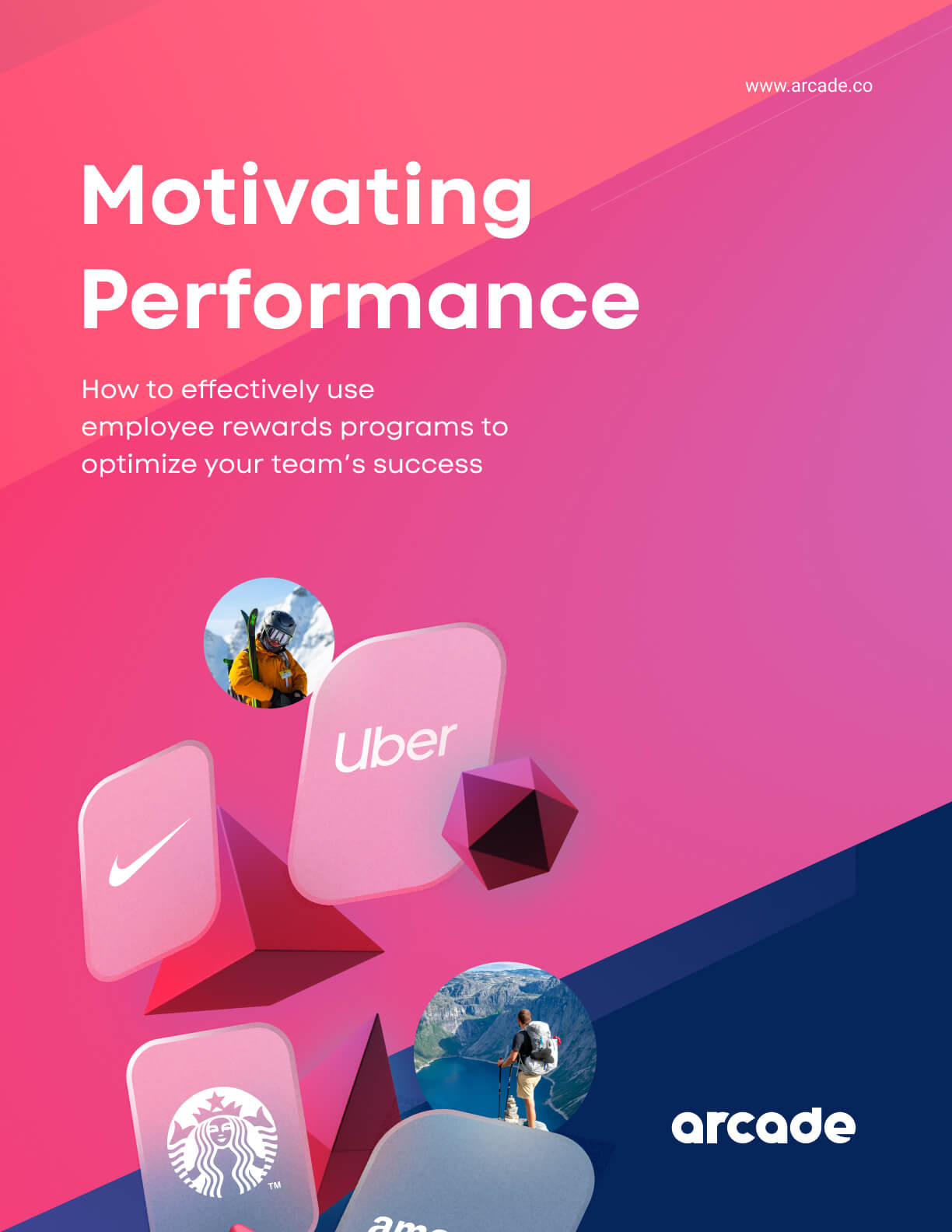 Recognition is any and all forms of praise, or commendation that an individual receives from another person or group. Recognition can take any form, including verbal (praise, compliments, and words of praise) and non-verbal (gifts, stickers, and certificates). But what makes it better than money, you may be asking? Well, let's look at how social media utilizes recognition- whether it's Facebook, Twitter, or Instagram you use, you may be able to attest to these channel's ability to suck you in with 'likes' and 'follows'. Recognition works by creating a feedback loop. The reward of praise, or commendation, gets you to continue doing things. Now, if you feel the need to continue these actions, and as a result, get praise or commendation, then the reward is even more powerful.

Recognition is more powerful as no one is entitled to it- that is to say it doesn't need to be given to an individual. Money, on the other hand, must be distributed, no matter the quality of work put out. Where money does reward and validate, recognition goes a step beyond that by being harder and more competitive to earn. Actively engaged employees are extremely beneficial, as their productivity is 30% more likely to be above-average. Additionally, engaged employees outperform other companies by up to 202%, while generating 2.5 times more revenue.To return to social media as an example, all of our favorite apps not only quantify recognition, but create a culture where we crave it and post things online in attempt to earn it. Quantifying recognition makes it comparable, competitive, and taps into our human desire for popularity- a void money cannot fill.

Social media is so addictive because we're validated by recognition which has become incredibly detrimental to our self esteem. This is why you can get a notification for a single 'like' or comment, often feeling as though you just received money, as compliments and recognition satiate a similar, but different feel-good craving.

Recognition isn't only a way to make people feel good about themselves, though- it's an effective motivator, too. As human beings are innately competitive, recognition can be used to create an atmosphere of competition, even when the work isn't about physical abilities. If you provide means for healthy competition and recognition, you're giving a proven way to up your game, keep up with others, as well as establishing a desire to do better; which is more effective than simply offering a monetary bonus, as the former actually validates your work.

More and more research is being done into the effects of recognition and its ability to motivate people to do better. The results are promising- businesses have a 70% higher likelihood of success when they report above-average employee engagement, as opposed to those with below-average engagement. Simultaneously, employee engagement can help reduce safety incidents by 48%. Let’s now discuss how recognition works, and how it compares to monetary bonuses.

Let's break down 5 things recognition provides that monetary rewards do not:

Money can't validate a person's work, not completely- as money doesn't inherently reflect the quality of said work. When money is used as a reward, it's used by itself and without context. To be more specific, when you work with money as the reward, it does nothing for emotional validation. In fact, a recent study showed that 69% of employees said they would work harder if they felt appreciated in their workplace. Monetary rewards can't make a person feel better about themselves or their reputation amongst their peers, and validation is an emotion that's hard to substitute.

Money can't show a person how they measure up to others, as it doesn't reflect the quality of the work produced. Recognition can, however, provide a measure by which others can see what you're doing, how you're doing, and how you compare to others. Leaderboards, for example, are a perfect insight tool for transparency of productivity, success, and accountability. When posted alongside all of your staff members, it's fair and easy to view how everyone is doing, and how they compare. It also serves as a way to encourage healthy competition amongst your employees, which is not only motivating, but oftentimes the only way to get the best from your workforce.

Money is often used as a way to pay for things, but it often fails to provide any emotional support, which happens to be what many people lack from their work. Recognition on the other hand, provides that missing support and transcends the monetary value of the work provided.

Money can't make you feel better about how others perceive you, as it doesn't inherently reflect the quality of work produced. Recognition, however, proves your work is effective, and people value it. Recognition benefits self-esteem by validating a person's work and putting a stamp of approval on it.

Give the people what they want!

Based on these findings, it's clear organizations should be making an effort to use this aspect of social interaction to their, and their employees' benefit. By providing a means for recognition and validation, you fill a void otherwise missing from the standard workplace.

Though there is no question that monetary rewards are essential to the livelihood of your workforce, it's evident that human beings value and crave a positive reputation from their superiors and peers. It's so simple, effective, and doesn't break the bank- why not?

Arcade offers recognition, as well as so many other valuable benefits- book a demo to see for yourself! 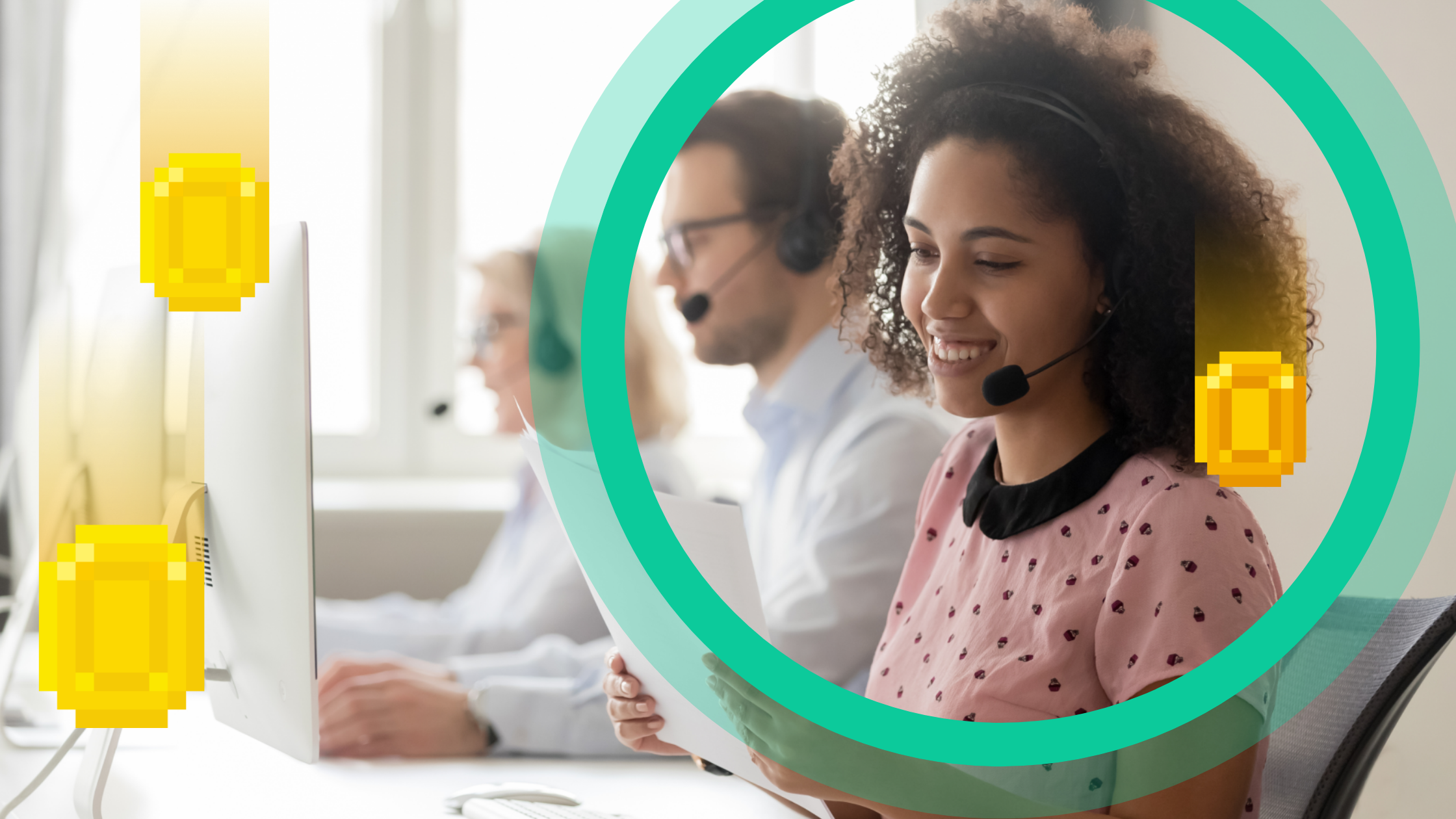 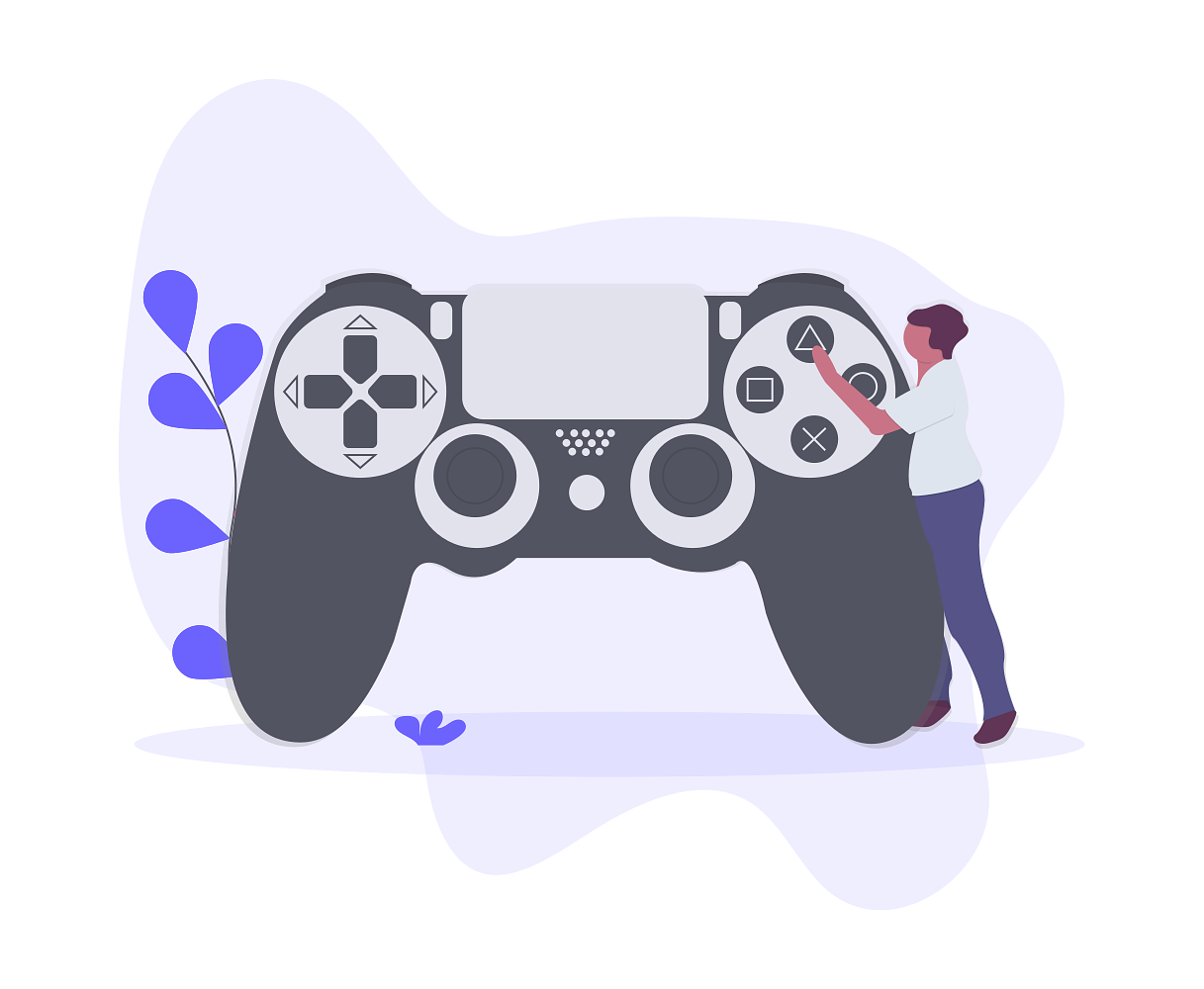 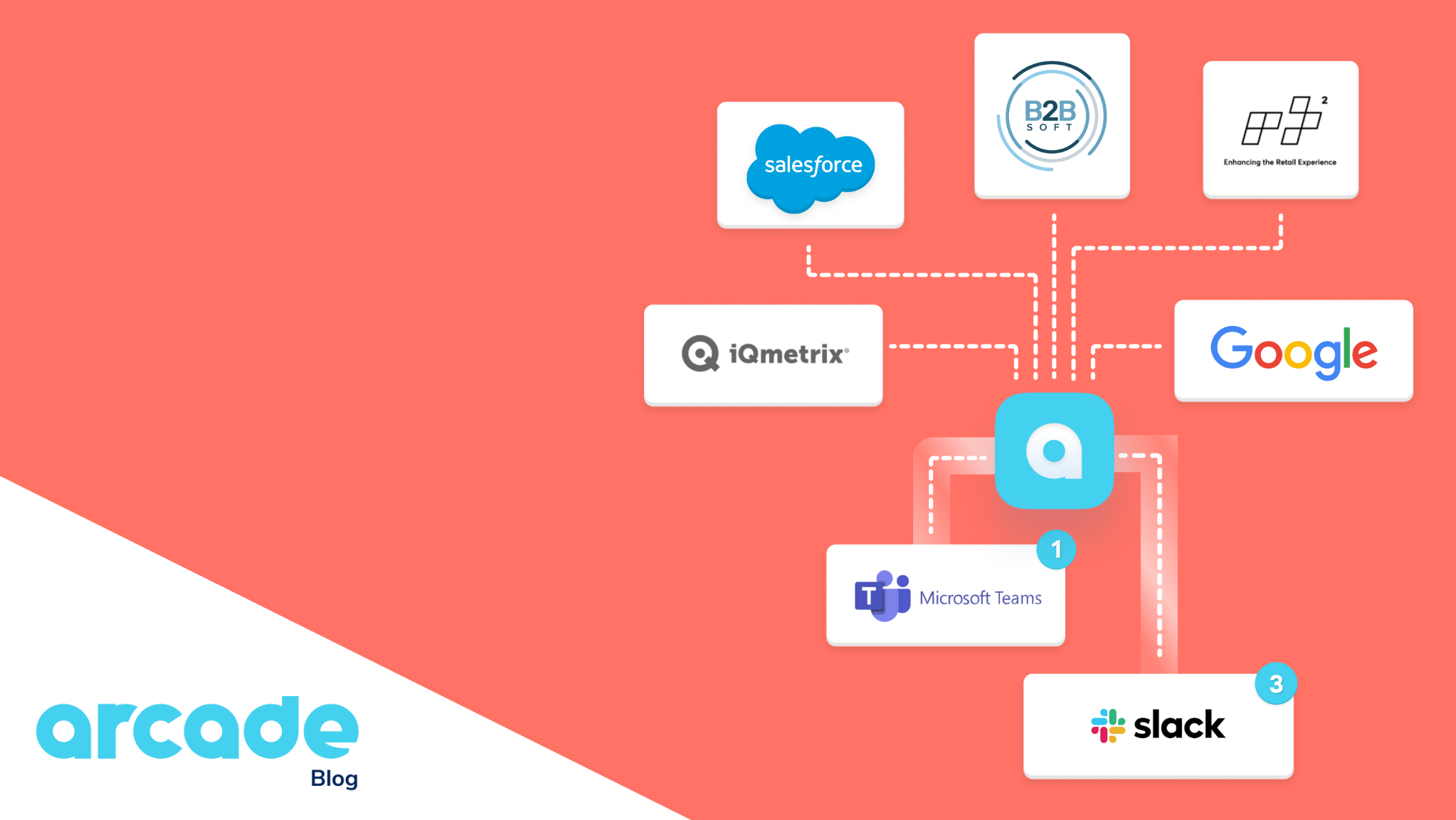 28 Sales Tools to Boost Your Team Productivity in 2022 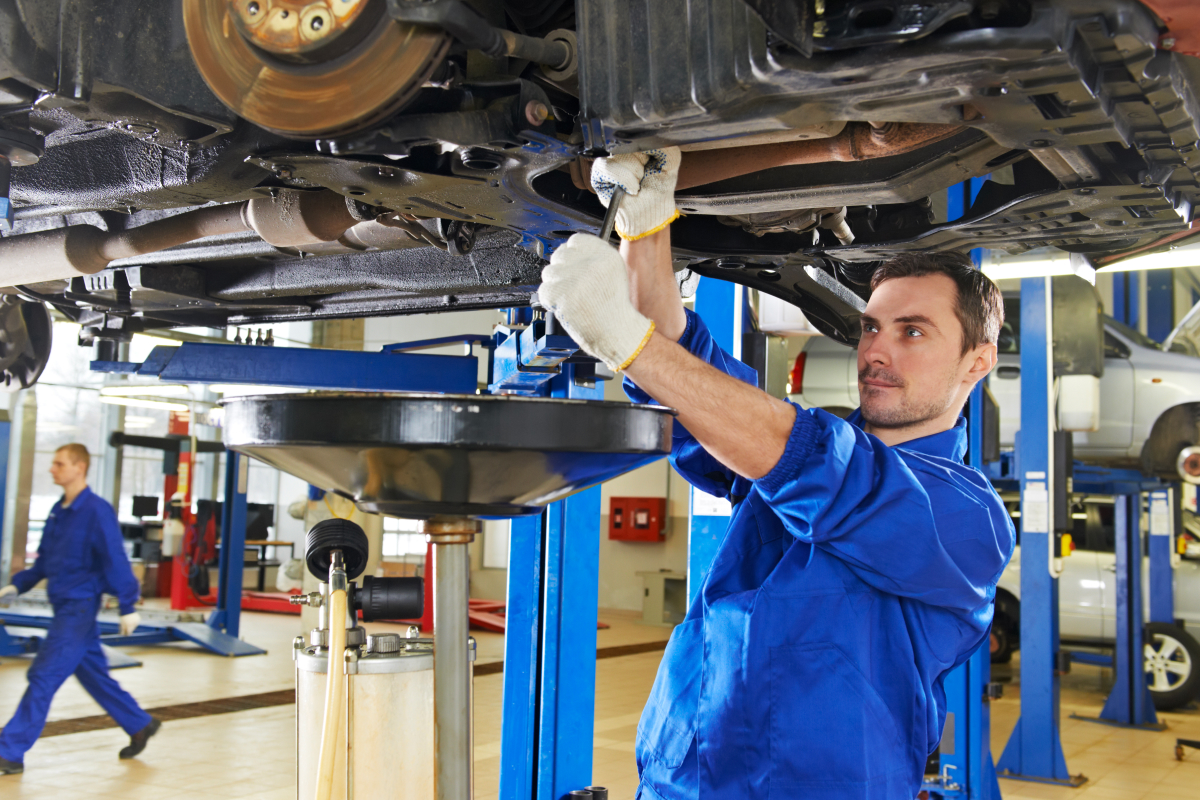