Are You Building a Group or a Team?

Get a free demo!

The word "team" has almost become trite these days, often just used as a synonym for any group of employees. But if you’ve been an owner or a manager, you know this is far from the case. A group is what you start with, but a team is what you build. 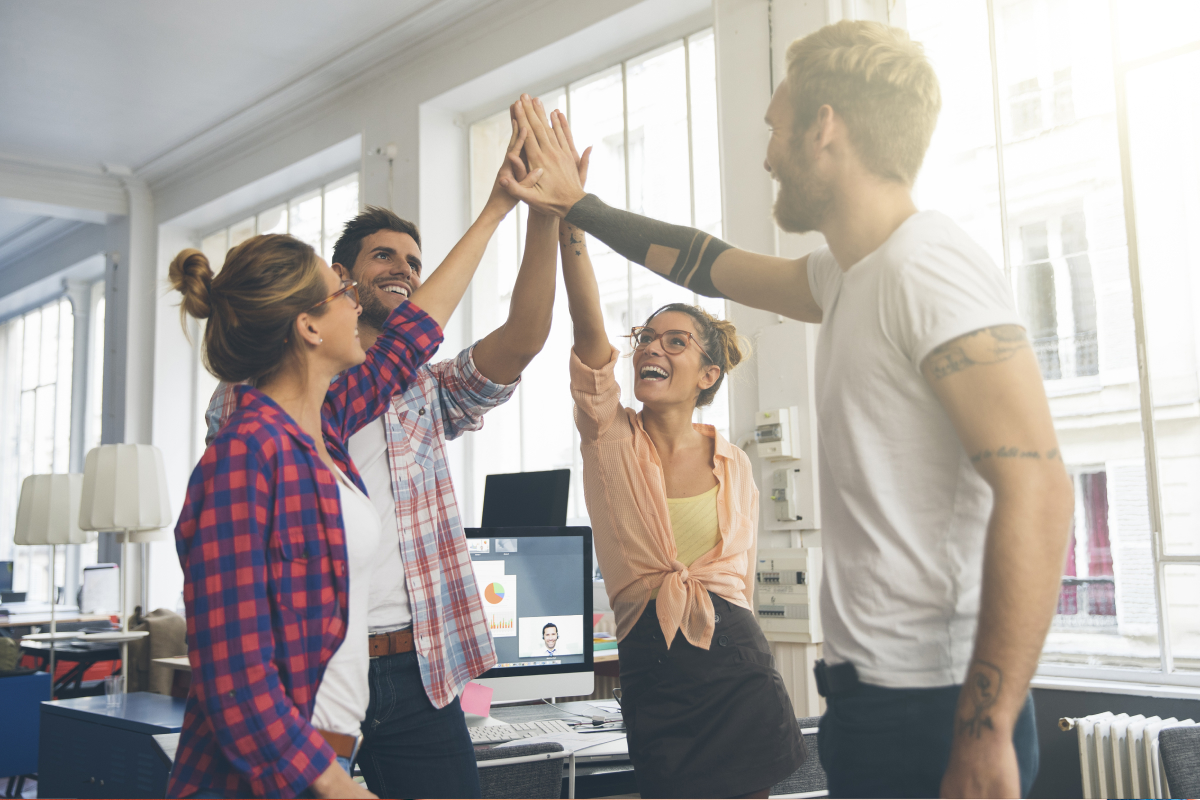 Illustrations by:
Arnold
Written by:
Dave Cherrie
Tags:
Process
#something

The word "team" has almost become trite these days, often just used as a synonym for any group of employees. But if you’ve been an owner or a manager, you know this is far from the case. A group is what you start with, but a team is what you build.

A group exists for as many individual purposes as it has members. Each employee is just there to collect his or her check. A team, however, exists for a united purpose, the good of the group. Teams are committed to each other, even when they’re not completely sold on the company vision. This doesn’t mean there isn’t room for ambition within a team, but if each member is only focused on the self, the team doesn’t work together.

A group tends to treat each other with indifference, or they’ll passively put up with each other to make it easier to get through the day. Teammates might not always be friends (though they often end up that way). They might not always like each other. But they will learn to appreciate each other’s strengths and trust each other. Crucially, they’ll also learn to resolve conflicts, rather than letting them fester.

The Basics of Building a Team

Whole libraries have been written on the subject of team building (which says something about its importance), but there are a few basic building blocks every manager should know.

And don’t discount the latter two. While initially an employee might just be motivated for the pay, researchers have found over the last decade or so that task significance, the outward impact of one’s work, is a crucial factor. Psychologist Adam Grant calls it

, the extra engagement we express when we see the positive impact our work has in the lives of others. Grant’s research is about motivation in general, but that encompasses the efforts of team building.

Ideally, your employees will all be friends. But that’s not always the case, especially right away. And while many on your team will be content to call each other “work friends,” this is enough to start fostering trust, which is a major goal of building community.

Teammates need to get to know each other outside a working environment so they can know how much to trust each other within that environment. This is why it’s so important to take breaks as a team, head out of the office for a meal, or enjoy a Christmas party.

But before your team learns to trust each other, they must learn to trust you, their leader. You can’t ask someone to rise to a standard you won’t reach for yourself. Your employees, whether they register it or not, will model you, and when they all know they have the same leader they can trust, they begin to work as a team.

This isn’t just about telling people what to do. It’s about finding an employee’s strengths and putting them to use. It’s also about challenging that employee to broaden his or her strengths with new tasks. Yes, delegation helps to spread the work out evenly, earning you trust from your team and making your operation more productive, but it also helps develop and strengthen your team.

This one is especially effective for managers of stores within multi-unit franchises. It’s a simple concept: Bring your team together by competing against another team. Our store sold X number of units this week. The store in the next town sold Y number. This week we’ll beat them by selling Z, and if we do, we’ll get a reward.

The reward isn’t the real prize. It’s all about the satisfaction of the win. And the positive side effect is that it brings the team together, which works even if your team falls short of their goals. They’ll still be stronger for trying together.

How Arcade Can Help

Our unique gamification app is perfectly tuned to assist you in team building. Yes, Arcade makes work more fun. But it does so by changing thought patterns about work, and team is a big part of that effort.

We build community through fun.

With Arcade, every sale an employee makes earns him or her tokens, which can later be spent in the Arcade store. This is fun for the individual, but team members also get to share their progress within our Newsfeed feature, cheering each other on and competing with each other for new levels of achievement.

You can quickly and easily launch special games for the week or weekend. Use this feature to let employees and teams compete with each other, and share your success on the Newsfeed.

Employees spend more time online with each other while at work.

The phone impulse is real. According to Asurion, the average American looks at his or her phone 96 times a day. Put that impulse to use by letting your team interact with each other via smartphone, not just to share performance achievements, but funny interactions, memes, and birthdays, as well. It’s like a social network just for your employees. Two of the quickest ways to build teams are inside jokes and shared experiences, and you can use Arcade for both.

Cast the vision, not just with words, but with rewards.

It’s one thing to say that you believe in your company values, but a handshake or pat on the back when your team lives up to those values will only go so far. When they follow your company vision, reward them with real, tangible prizes. This positive reinforcement will go a long way to getting everyone on the same supportive page for your company.

Forging a group into a team is no easy process, but Arcade can help. Start having fun at work, and you’ll find yourself with a strong team in no time.